After a long period of time discerning God's call to serve cross-culturally, Daz and Bee joined the team in South East Asia in 2018. Together with their children, Connor, Ella and Libby, they are excited to be working among the S.I people.

Daz is an experienced Civil designer, however he looks forward to a change in scenery as he finds his place within the team in South East Asia. In his spare time, Daz enjoys cycling, bush walking, drinking good coffee and cooking up a storm in the kitchen. Daz is excited to see how God is going to use his skills and abilities within the cross-cultural context.

Bee has skills in both hairdressing and in the field of optics. She has been working part time as an optical dispenser for the past 6 or so years. Juggling work, study and being a Mum over the past couple of years has been a challenge for Bee, but it has been a journey of much growth and one she wouldn't change for anything. Some of Bee's hobbies include craft, singing, socialising and event planning.

Daz and Bee have a passion to see the least-reached people of the world come to understand the transformative power of the Good News of Jesus. They will spend their first two-year term dedicated to learning to understand and speak the language and culture of their host people, so that they may be effective in sharing the Gospel in a way that makes sense as they build genuine relationships with local people.

Donations to these cross-cultural workers are TAX DEDUCTIBLE

Projects related to Daz and Bee include: 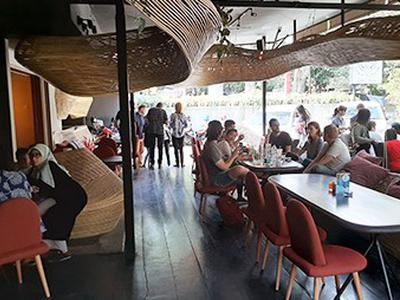 Encourage a friend to support Daz and Bee.