How much time and money are your fellow Australian neighbours, friends and workers giving away? Is giving an important part of their lives? Something they seek out and plan for? Are Australians making sacrifices to help others? When it comes to giving are Christians just like other Australians or are we counter-cultural? This article looks at the generosity of Australians (in general), and the next article compares Australian Christians giving with non-Christians giving.

The state of Australia's Wealth

No matter how you look at it, Australia is currently one of the wealthiest countries in the world. According to the 'Credit Suisse Global Wealth 2019 Report' , Australia’s wealth per adult was US$386,058 (world ranking 4th), and the medium wealth per adult was US$181,361 (world ranking 2nd). As one British lark roughly put it - 'Two hundred years ago we sent a bunch of convicts to Australia and now they are wealthier than us' 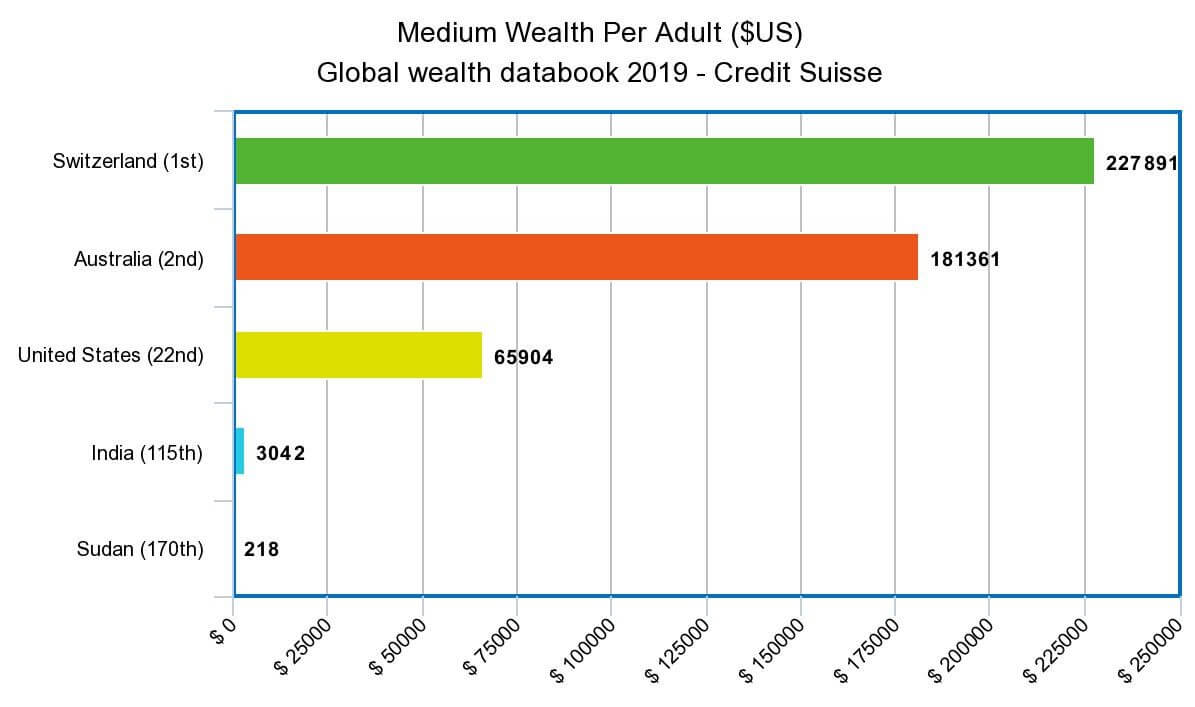 A look at the Department of Foreign Affairs and Trade article 'Australia is a top 20 country' will provide a greater appreciation on how fortunate Australians are .

Australian giving compared to the rest of the world

When it comes to giving, Australia ranks well on the Charity Aid Foundation (CAF) giving index. During a one-year period, the index measures the number of people who participated in giving as a percentage of the nation's population. However, it does not measure the magnitude of what was given. The Australian giving levels (annual average) over a ten-year period were – helping of strangers (64% of Australians), donating money (68%) and doing volunteer work (37%).

Top 4 giving countries over past 10 years

While the CAF index provides useful insights, it seems to only tell part of the story. We will come back to this later.

What about foreign aid and business giving? The foreign aid given by our Australian federal government has been steadily decreasing in recent decades. On a per capital basis, our world is ranking about fifteen (15). However, this ranking may not mean much. Regardless of the motives of our government (whether good or bad) it is well known that many countries provide foreign aid for political rather humanitarian reasons. Business giving suffers a similar problem. While many businesses give for noble reasons, others (especially those reporting to shareholders) are (naturally) influenced by self-promotion opportunities.

The reality check on Australian generosity

Now for the reality check – what is the actual magnitude of Australian giving? How much money and volunteer time do Australians give? The Giving Australia Study 2016 (commissioned by the Australian Department of Social Services) provides some answers.

The giving study shows that in 2016, Australian adults made average donations of A$765 (or $14.70 per week). The total of the donations coming in at around $11.2 billion. To get some perspective, in the same year Australians spent similar amounts (or more) on alcohol, pets, and mobile phones.

An important omission to the average donation figure - it ignores that one in five Australian adults didn't make any donations that year. Consequently, the true average is now lower, with many Aussies spending a higher weekly amount on gym membership and take-away coffees.

The giving study (above) reports that during 2016, Australian adults volunteered an average of 134 hours (or around 2.5 hours per week). However, given that only 43.7% did any volunteering, the true figure is considerably lower. Actually, statistically speaking, the medium volunteer time is zero hours (as most Australian adults didn't volunteer anytime).

We can obtain further perspective from Roy Morgan research. They found that during the same year - Australians over 14 years of age, consumed (on average) over 18 hours a week watching TV, plus an additional 13 hours a week on the home internet. 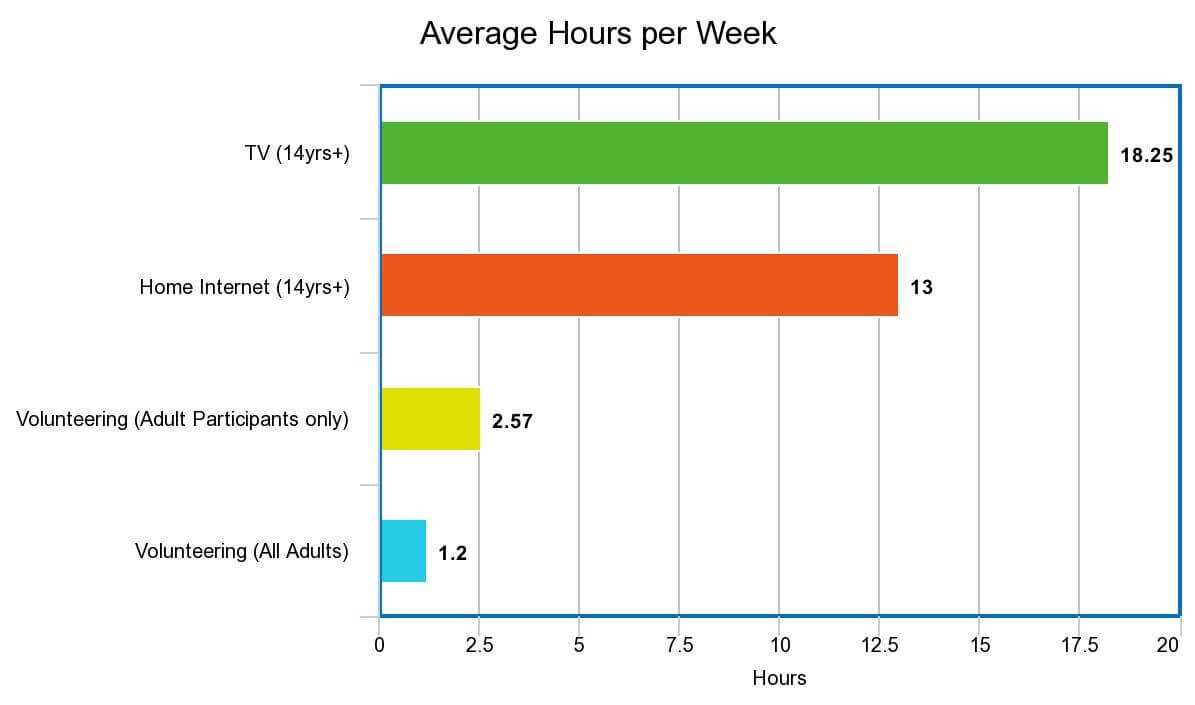 What is a good generosity yardstick?

As Jesus looked up, he saw the rich putting their gifts into the temple treasury. He also saw a poor widow put in two very small copper coins. “Truly I tell you,” he said, “this poor widow has put in more than all the others. All these people gave their gifts out of their wealth; but she out of her poverty put in all she had to live on.”
Jesus
Luke 21:1-4 (NIV)

Three key points can be taken away:


Want to be more generous? - Check out projects and Christian workers needing financial support at Givehigher, or look for ways to give time (volunteer) at Mission Seek.