Our previous article covered indigneous ministries ugly past in terms of the treatment of Australia's indigenous people and the church's lack of response. This second article is hopefully more encouraging. We will start by looking at the good that some Australian Christians have done for indigenous people. Lastly, we finish with the state of indigenous ministries.

Amid cruelty and indifference, there were a few faithful Christians seeking to do good for the indigenous people. (There were of course others, but sadly not as many as you would hope). These Christians were not perfect people (as none of us are) but they stepped out and took risks to honour God and support the aboriginal people.

William Dawes who was a friend of William Wilberforce (the anti-slavery champion) took great interest in Aboriginals upon his arrival in Australia. As a Christian lieutenant he refused to go on trips to hunt down and kill aboriginals. As a result, he lost his position.

The missionary Lancelot Threlkeld was a character worth noting. Based in Lake Macquarie (NSW, north of Sydney), he pioneered Aboriginal Bible translation, as well as teaching and protecting aboriginals. He represented aboriginals in courts on many occasions and spoke out against the treatment of Aboriginals.

In a classic retort – when some scientist tried to dehumanise aboriginals based on skull size, he asked if they had measured the pope’s skull size.

The Sydney pastor Rev John Saunders delivered an important sermon on aboriginal rights in 1838. The sermon gained a lot of attention, and from some extracts you can see why.

It might have been supposed, that a Christian nation colonising the Australian wilderness would have sough to bless the original possessor of the wild; but so far from this, we have inflicted a series of wrongs …. We have robbed him [the indigenous people] without any sanction … we have brutalised them. We brought the art of intoxication to them – we taught them new lessons in fraud, dishonesty, and theft …. We have shed their blood …

It is our duty to recompense the Aboriginals to the extent we have injured them. It is true we cannot make atonement for the lives which have been taken, neither can we make reparation for the multitude which have hastened to the tomb by the profligacy we have taught them...It is at once our duty, and our wisdom to humble ourselves in penitence before God
John Saunders
1836 Sermon - “Claims of the Aborigines”

The orphan Anne Breeze arrive in Western Australia (WA) in 1838 with the hope of supporting mission work. Soon-after she married Henry Camfield. Both were distressed by the treatment of aboriginals. Anne started working with aboriginal children by providing education in their home. Self-sacrificial and hard-working she did this for many years without a salary. The home school grew, and soon she was key to establishing the first indigenous school in WA. Under her care many became Christians. A number were orphans like herself.

Daniel Matthews was disturbed by aboriginal treatment. In a selfless effort to do what he could, Daniel (along with his brother) purchased land on the Murray River (NSW/VIC border) and set up a home for aboriginals. Daniel and his wife Janet aimed to make the property self-sufficient for the benefit of local aboriginal people. They set up a school, taught trade skills, and provided aboriginal employment. At times Daniel put his life at risk by rescuing Aboriginal girls from abusive settlers.

John Harris wrote that Matthews letters and correspondence “constitute possibly the most eloquent, compassionate and persistent pleas on behalf of the Aborigines in Australia’s history. The pleas came, not from the institutional church, but from the church proper: an ordinary, compassionate and courageous Christian who sincerely believed that ‘it is not the Government only, but every member of society, that is morally responsible for the neglected and humiliated condition of the Aborigines.” (One Blood)

As a child John Gribble was lost in the Australian bush. Aboriginals found and cared for him until he was reunited with his family. After becoming a country pastor, he became increasingly focused on providing protection and care for aboriginals. A friend of Daniel Matthews (above), he worked to establish the Warangesda (Camp of Mercy) mission in 1880 on the Murrumbidgee (NSW). He left his pastor role (which he referred to as “very comfortable”) to dedicate himself on the new mission. His work was largely on “rehabilitation” of suffering aboriginals. Harris writes that “many of those who came were already sick and dying, people with absolutely nowhere to seek safety … Many of those who died glimpsed Christ in the love shown to them by John and Mary Gribble and died confident Christian deaths” (One Blood)

The Gribbles left NSW in 1885 and took an appointment in the north west of WA. Gribble was quickly vocal about the poor treatment of Aboriginals (horrible and unfair work conditions, sexual exploitation, severe and unjust punishments). He was disliked by local colonists who tried to get rid of him - shops would refuse to sell him stock; “anti-Gribble” signs were posted in the town; powerful (and wealthy) church members worked against him; he was physically threatened; actually beaten up; and survived two murder attempts. But Gribble was a stubborn man and wrote: “I shall make it my mission to reveal to the Christian world the wrongs and injustices, and the cruelty obtaining under the British flag in the colony of Western Australia.”

Side note: The Mission Organisations

An innovative mission story occurred in the 1960’s with the Groote Elyandt (Northern Territory) people. In a clever move, the mission organisation CMS obtained mining rights for the local Aboriginal people. They set up the ownership via a trust in which the aboriginal people both managed and received all the mining royalties. To its credit, CMS intentionally did not gain anything from the arrangement.

Some would say that circumstances have improved for indigenous people in recent decades. However, there are still plenty of reasons to be concerned about the future of Australia's indigenous people. The churches at large are still largely indifferent to their plight. An NCLS survey of church members in 2018 found many churches had little to do, or even any active interest in indigenous people.

While we do not know if the future will be better for indigenous people, we can hope, prayer and take action. There is no intention here to trivialise or overlook many of the deep ongoing issues experienced by Indigenous people in Australia. Instead the hope is to provide glimmers of a better future.

Easily the most important change …. in the fraught history of the Aboriginal encounter with Christianity was the emergence of able Aboriginal Christian leaders.
Piggin & Linder
Attending to the National Soul

Christian indigenous leaders arose in the 20th century to defend indigenous rights. Many could be listed, but here are just a few.

David Unaipon appears on the Australian 50 dollar note. He was a multi-talented indigenous man who was a pastor, an inventor (patented a number of inventions, invented a sheep shearing device, and highly interested in perpetual motion machines), a writer, and took many opportunities to speak on aboriginal rights and culture.

Sir Doug Nicholls was another multi-talented man. He exceeded in sport, especially as an AFL player (Fitzroy, Victoria state of origin), worked as a pastor, governor of South Australia and was knighted. He stood up for aboriginal rights and was involved in establishing the Aborigines Advancement League. A number of aboriginals were ordained as pastors after Nicholls breakthrough.

William Cooper (who grew up at Malago) play an important role in establishing the Australian Aboriginal League (AAL) in 1933. The AAL lobbied the government for the Indigenous rights. Cooper was the first to flag that Australia day (January 26) should be an 'Aboriginal Day of Mourning'.

Similarly, the Christian Presbyterian, William Ferguson started the Aboriginal Progressive Association in 1937. He worked hard for aboriginal rights – once saying: “To all you people of Aboriginal blood, I say…I am fighting for your freedom. Aboriginals still live under laws meant only to control criminals and lunatics: they are not allowed ordinary human rights… I can promise you nothing but the will to work." Ferguson along with Cooper (and others) meet with the prime minister Lyons to speak on Aboriginal rights.

After a dramatic population drop between 1788 and the early 20th century, it was once feared that Aboriginals would die off. Thankfully, the Australian indigenous population has now passed 800,000 (approx. 3% of total population) and continuing to grow.

There is a considerably higher proportion of Christians amongst Aboriginals than the general Australian population. This is despite the many self-acknowledged failings of the Australian church and mission organisations with the aboriginal people. The 2017 census found that 90% of Indigenous Australians claim to be Christians, while the number for the general population is just 52%.

Can you support a Indigenous Ministry in Australia project? 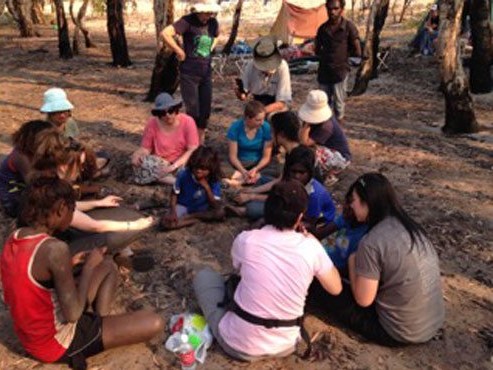 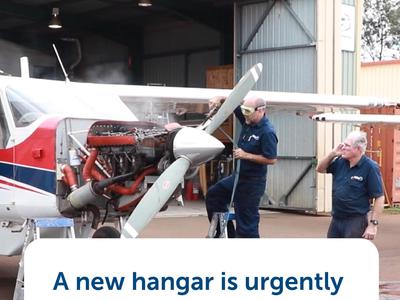 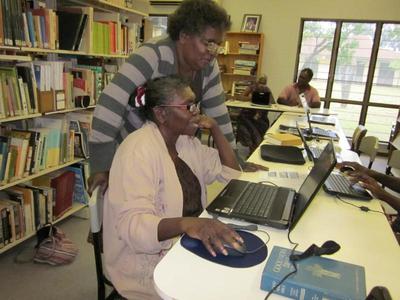 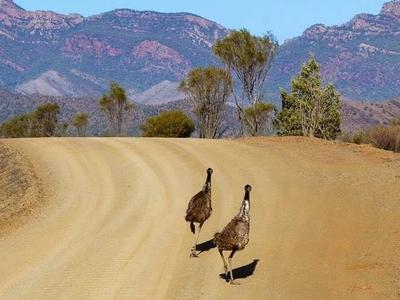 Travel in the Top End – Australia