Since New Testament times, Christians have been actively involved in prison ministry and reform. This article provides a taste for what a few faithful Christians have done, with a focus on England and Australian prison history.

Prisons have been around a long time. Joseph was imprisoned in Egypt by Potiphar over 3,500 years ago. John the Baptist, Jesus, Paul, and a few of the disciples also spent time in prison. In the third century many Christians were imprisoned (and persecuted) by the Romans. In early church days, Christians had a reputation for visiting and supporting prisoners.

Throughout history, prisoners were mostly contained briefly while awaiting judgement, punishment, or clearing of debts. In 17th century England, the death penalty was the main form of punishment for breaking the law. All this changed with the Act of 1706 which allowed for increasing incarceration numbers. Longer term imprisonment was considered more humane than physical or capital punishment. Some Christians saw imprisonment as an opportunity to spiritual rehabilitate the offender.

Prisons quickly became crowded which increased the difficulty of prisoner ‘reform’. Life in these busy prisons were unhealthy, inhumane, and even dangerous. Minor criminals were forced to live alongside violent criminals, women prisoners were often exploited, and children joined their Mother (or Father) in prison.

At this time there was "[little] interest on the part of the institutional church to provide spiritual care. Usually a minister spent some time with condemned prisoners on the day of execution and accompanied them to the gallows. But of regular visitation, instruction and divine service there was little" (Richard Balge, author of “Walls In History”). Further, the work of prison ministry was largely taken on by individual Christians and associations outside the church.

In the early 18th century there was a Christian revival in England. The spiritual and physical life of prisoners soon became a major concern amongst some Christians. Examples of Christians who stood up for prison reform follows.

John Wesley (1703 -1791) and Charles Wesley ( 1707-1788), and other Methodists regularly visited prisoners during the 18th century. John Wesley "fearlessly criticised aspects of the penal system and prisons [paving the way for future reformers], depicting prisons as 'nurseries of all manner of wickedness'" (Mangalwadi). He regularly preached in prisons (even in his 80's), and raised funds to provide clothes, food and other necessities for prisoners. Charles Wesley who was a famous hymn writer wrote and sang hymns for prisoners. Another Methodist Silas Told (1711-1779) did a lot of evangelical work in the prisons, and seeked to end the death penalty.

The Wesley brothers and their friends even accompanied condemned prisoners on the wooden cart as prison officials drove them to the gallows. They hugged them, spoke with them, prayed with them, read Scripture with them, sang with them, and otherwise comforted them--often amid jeers and refuse thrown from the crowds
Hartley, Messer & Oh
Get on the cart! -Wesleyan Discipleship in an Age of Endemic Incarceration

Perhaps the 'father of prison reform' is the Methodist John Howard (1726-1790). He travelled England (and later Europe) inspecting prisons and produced an important publication called 'State of the prisons in England and Wales' (1777). Having earlier been imprisoned by the French during wartime, he was disturbed by the state of English prisons. His recommended reforms are summarised by Gordon Hay as follows.

Clean, healthy accommodation with the provision of adequate clothing and linen; segregation of prisoners according to sex, age and nature of offence; proper health care: these were his priorities. There should be a Chaplain service because he was of his age in believing that spiritual starvation was a major obstacle to reformation of character. Finally, he was a firm believer in the work ethic and the need for prisoners to be provided with work in order that the sin of idleness could be combated.
John Howard's reforms
Biography of John Howard

The Quakers were very active in prison reform work. Perhaps their most famous reformer was Elizabeth Fry (1780-1845). Born into a wealthy family, she raised a family of eleven children while operating an important women’s prison ministry. Her prison work included - daily prison visits whereby she read the Bible to prisoners; setting up the first women prison association; providing clothes for women prisoners (and their children); advocating for separation of the women and children from men; establish schools for prison children; creating women employment in prison (the money from which was banked until their release); fighting against public executions, and raising church volunteers to join the ministry. Of interest to Australians, she formed a group of volunteers that met with nearly half of the 25,000 young women convicts that were transported to Australia. Fry travelled Europe visiting many prisons and wrote a manual for prison volunteers.

The visitor must go in the spirit, not of judgement, but of mercy. She must not say in her heart 'I am more holy than thou,' but must rather keep in remembrance that 'all have sinned'
Elizabeth Fry
First guideline for Christian Prison ministry:

Continuing on with more Quaker prison reformers. William Penn (1644 - 1718) who himself was once imprisoned for preaching to Quakers, pushed for the following prison reforms - restrict capital punishment to murder crimes only; remove prison fees, introduce bail for minor offences, and enabling prisoners to learn a trade in prison. Another William, William Tuke (1732 -1822) advocated for better and more human treatment of the mentally ill. In the context of prison reform, he worked to separate the mentally ill from the general prisoners. Margery Fry (1874-1958) was a long-term prison reformer pushed for compensation for victims of crimes. An Amnesty International co-founder was the Quaker Eric Baker (1920-1976). He was a champion for advocating better treatment of political prisoners.

England sent over 160,000 convicts to Australia between 1788 and 1868. From the beginning some English evangelicals (such as William Wilberforce and friends) were mindful of outreach to Australian convicts and settlers. According to the Australian Christian historians, Linder and Piggins:

[The evangelicals] mediated between the governing authorities and the convicts in the interests of humanitarian relief and social uplift of the later. (p103) ...As agents and instruments of social reform and improvement, evangelicals were involved in humanising, making more efficient, and abolishing, the [Australian] convict system.(p152)
Linder & Piggins
The Fountain of Public Prosperity,

To highlight a few Christian individuals … The first Australian chaplain was Richard Johnson (1756-1827) who ministered to convicts and had responsibility for their education. The evangelical Isabella Parry (1800-1839) showed her concern for convict education by starting an adult school for them.

Strong opposition to capital punishment (such as convict flogging) was campaigned by Captain Alexander Maconochie (1787-1860). Macononchie was a well-known penal reformer, committed Christian, and as the Governor for Norfolk Islands improved convict living conditions. Via his ‘mark’ system he gave convicts an incentive to work and gain privileges and eventually freedom. Morris and Rothman commented on his 'radical' approach as follows:

Macononchie took down the gibbet, threw open locked doors, removed the bars from the windows of his house, and acted as if he were in charge of a civilised community. He brought with him books and musical instruments for the prisoners' use, he encouraged the cultivation of garden plots and he erected Protestant and Catholic chapels .... The prisoners, especially the old hands, responded well to the abolition of harsh punishments and to the freedoms they were trusted not to abuse. The dynamic of the marks did work.
Morris and Rothman
The Oxford History of the Prison

The adventurous Quakers James Backhouse (1794–1869) and George Walker (1800-1859) travelled to Australia to do missionary work with convicts, settlers, and aboriginals. They worked to improve convict conditions. Backhouse and Walker advocated their concerns about – the poor treatment of convicts, deaths in custody (whereby some prisoners were killed by fellow prisoners), and the treatment of women prisoners. The Anglican Eliza Darling (1798–1868, wife of Governor Ralph Darling) was very concerned about women convict treatment. Taking inspiration from (the previously mentioned) Elizabeth Fry, she raised volunteer support to aid convict women.

This article has provided a brief insight into the impact of some Christians on prison reforms. These faithful few were not 'mainstream' in their thinking and what they took on was not easy. For much of history, most Christians and the church have largely been indifferent to the plight of prisoners.

Prison reform is not done. More reform work needed in Australia and overseas, but these challenges are beyond the scope of this article.

Can you and/or your church make a difference for prisoners today? Can you seek out ways to help and serve prisoners, ex-prisoners and their families? Can you help make an impact on prison reform?

Can you support a prison ministry project? 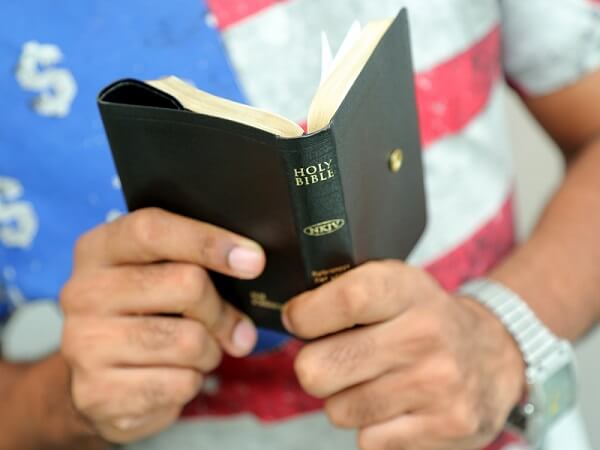 Supporting prison ministry - why, what, and how 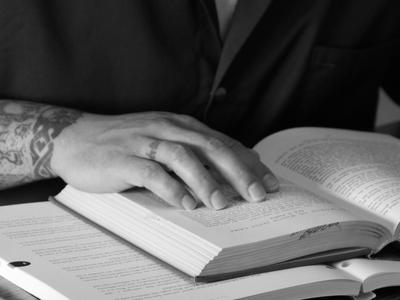 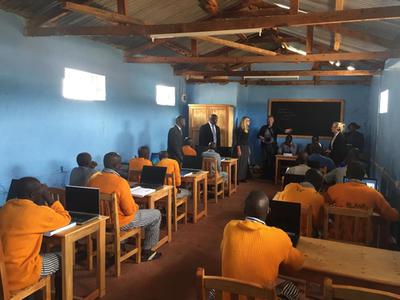 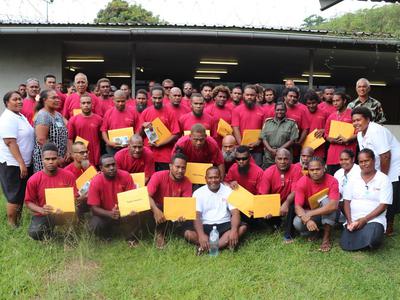