Great suffering has preceded the spread of the gospel. Many are aware that historically Christians have been persecuted for their faith. What is less known is that today large number of Christians are still being persecuted. This article provides a short introduction to Christian persecution and the following article covers how to support the persecuted church.

We should not be surprised by Christians being persecuted. In fact, Jesus told us to expect it - “I am sending you out like sheep among wolves” (Matthew 10:16); “If they persecuted me, they will persecute you also” (John 15:20b). Paul confirms the expectation in 2 Timothy 3:12 - “…everyone who wants to live a godly life in Christ Jesus will be persecuted”.

Nik Ripken writes that “the primary cause of ‘religious persecution’ in the world today is people surrendering their hearts and lives to Jesus” (The Insanity of God, p306). In general, were people are responding to the gospel, persecution follows. The persecution aims to “deny human beings the two great spiritual opportunities: first, access to Jesus and, second, opportunity for witness” (The Insanity of Obedience, page 28)

Who are the persecutors?

"Be alert and of sober mind. Your enemy the devil prowls around like a roaring lion looking for someone to devour." (1 Peter 5:8, NIV)

Ultimately, Satan is behind Christian persecution. In Billy Graham's words "Satan’s goal is to keep people away from God, and he can always be depended upon to strike out at God’s people when he senses his territory is endangered".

Satan’s role in the persecution of the Church should not be overlooked. He is still allowed to stir up resistance from unbelievers against believers and even believers against one another. The ultimate source of persecution is evil, that is, the sin of human beings and the activities of Satan. Yet although God does not initiate persecution, He clearly permits it, for otherwise it would not be occurring
Lausanne Movement
The Persecuted Church (LOP 32)

From an earthly view, sources of persecution include the following:

How are Christians persecuted?

There is basically an unlimited forms of persecutions. In many cases, new Christians are disowned by their family and friends, and some of these cases result in death. In other cases, Christians miss out on jobs, education, health care, teams and in some cases are charged additional fees and/or taxes. They may also be dispossessed of property, receive beatings, and imprisonment.

there are [persecuted] Christians … who are tortured, raped, imprisoned, or killed for their faith. Their churches may also be attacked or destroyed. Their entire communities may be crushed by a variety of deliberately targeted measures that may or may not entail violence. And all of them most certainly experience …. ‘flagrant denial of the right to life, liberty, or the security of persons’
Gilbert, Shea & Marshall
Persecuted: The global assault on Christians, page 7

The historical extent of Christian persecution is beyond scope of this article. This section will limit itself to a scattering of persecutions through history.

Christian persecution has been around since the early church. John Foxe wrote that “Martyrdom followed the Gospel wherever it went, wherever it conflicted with local custom or practice” (Foxe's Book of Martyrs).

The Early Church and persecution

Jesus is the role model for the persecuted Christian. After His dead and resurrection, the first recorded Christian martyr was Stephen (Acts 7). He was stoned to death. Immediately after, “a great persecution broke out against the church in Jerusalem, and all except the apostles were scattered throughout Judea and Samaria” (Acts 8:1). All the disciples bar John died violent deaths for their faith.

Paul mission trials included - multiple imprisonments, severe floggings, beaten with rods, and pelted with stones. (2 Corinthians 11:23-28). In the end, he was beheaded in Rome.

The early church suffered for three centuries under different Roman empires from Nero through to Diocletian. Many Christians were martyrs via horrendous deaths, such as being burnt alive, or killed by wild animals in Roman amphitheatres.

Persecutions in Europe (A few examples)

After the European reformation, many Protestants and Catholics persecuted each other. For example: in 1555 around 300 protestants burned to death under Queen Mary, and in 1572, thousands of protestants across France were murdered at the King’s order.

During the French Revolution (1790s) an effort was made to dechristianise France through the ending of religious education, destruction of church property and the removal of priests and pastors.

During the Soviet Union era (around 1917-1988), thousands of churches were destroyed or taken by the government. Many Soviet Christians were killed, punished, and/or put in prison. At the same time, Christians in other Eastern European block countries were persecuted. For example - Albania, Czechoslovakia, Hungary and Romania. To go from mass persecutions to specific people. Two famous martyred Europeans include the Bible translator William Tyndale (1537) from England, and the Czech theologian John Hus (1415).

Persecutions in the Middle East

Persecution has led to large drops in Christian numbers throughout the Middle East. Shortly, before the ‘founding’ of Turkey in 1923, millions of Armenians, Greek, and Assyrian Christians were wiped out by targeted mass killings. Since the ‘founding’ of Saudi Arabia in 1932, all Saudis are required to be Muslim, and Christian churches are banned. Starting in the 1990s, attempt to covert Iranian Muslims was illegal , Christian conferences were banned, and all Christian bookshops ceased to exist.

In early 17th century Japan, Christianity was in effect banned (for 250 years), churches were destroyed, and all missionaries were required to leave the country. During this time, there was a large drop in the number of Japanese Christians. Shelley writes that “between 1614 and 1642, no fewer than 4,045 martyrs made the ultimate witness for Christ, some by sword, some by the stake, some by the boiling cauldron. The once thriving Christian work in Japan disintegrated” (p299). The recent movie, “Silence (2016)” provides some insight into the plight of Japanese Christians in 633.

Christianity has a long history in China. It was first banned in 845 and virtually eliminated. As the centuries passed, the missionaries returned. In 1900, over 200 missionaries were killed during the Chinese Boxer revolution (Many of these missionaries belonged to OMF (previously known as the Chinese Inland Mission). All foreign missionaries were sent home in the early 1950s. During the culture revolution (1966-76), Chairman Mao worked to eliminate Christianity from China. All churches were closed and those that would not put Communism before their Christian faith were imprisoned or put into labour camps.

Thousands of Korean Christians (across North and South) were martyred during the 19th century. North Korea has been eradicating Christian belief since the 1960s. Church leaders have been imprisoned or executed. Church building, Bibles, and Christian literature systematically destroyed.

The Australian missionary Graham Staines and his two sons were burnt to death in India in 1999. In 2008, left 100 Indian Christians dead and over 1,000 Christian homes destroyed.

Persecutions in the Americas

On a few occasions over the past 200 years, there has been “anti-clerical” movements in Mexico. During these times - church property was taken by the government, church teachings outlawed, Christian leaders killed or confined. In recent times, over 10% of Columbia’s religious leaders have received death threats.

In Madagascar, Christianity was in-effect banned in 1831. It was illegal to own a Bible, attend a church service, or profess to be a Christian. Some Christian leaders were publicly executed. Since 1983, over a million Christians have died in Sudan. In recent years, Nigerian Christians have been persecuted by Boko Haram and ISIS.

It is worth noting that many persecuted Christians are in fact refugees. At Givehigher we have a separate (but related) cause for refugee support.

Christians are called to love their neighbour. Yet, it must be acknowledged (with some shame) that many terrible acts of persecution have been conducted by Christians (or at least in the name of Christianity). Examples include - the crusaders mass killing of Muslims, large amount of churchgoers holding and abusing slaves, and Christians unjustly taking land from indigenous people. This is beyond the scope of this article.

The extent of Christian Persecution today

More Christians were martyred in the 20th Century than the previous 19 centuries.

In the 21st Century, persecution continues within at least 135 countries. It is worth noting that persecution levels are difficult to ascertain. Reasons include – the natural reluctance of countries to report such incidents, and a grey line between Christian and political oppression. (Christians in the Crosshairs). Further, the actual persecution numbers depend on the definition of ‘Christian’ persecution. While many Christians are persecuted for proclaiming their faith (Eg- Stephen, Paul), others have been persecuted because they identify themselves with the Christian faith (Eg- some unfortunate Sudanese or Armenians Christians). This is not to downplay the terrible acts, but rather show that the ‘persecuted Christian’ definition greatly effects the interpretation of reported numbers.

Where are Christians being persecuted today?

Are you familiar with the 10-40 window (image below)? This is where the largest number of unreached countries are. It is also where the greatest number of Christian persecutions occur. Globally, Christians are persecuted in over 135 countries.

The impact of persecution

In some places, Christianity appears to have thrived under persecution. Despite persecutions and restrictions, the church in China has had huge growth

However, in some countries, the persecutions appear to have been devastating - “Over the past one hundred years, according to a range of estimates, the Christian presence has declined in Iraq from 35% to 1.5%; in Iran from 15% to 2%, in Syria from 40% to 10%; in Turkey from 32% to 0.15%. Among the most significant factors explaining this decline is religious persecution” (Persecuted: The global assault on Christians, page 5)

How can we support the persecuted church? That is the topic of our next article.

Can you support persecuted Christians? 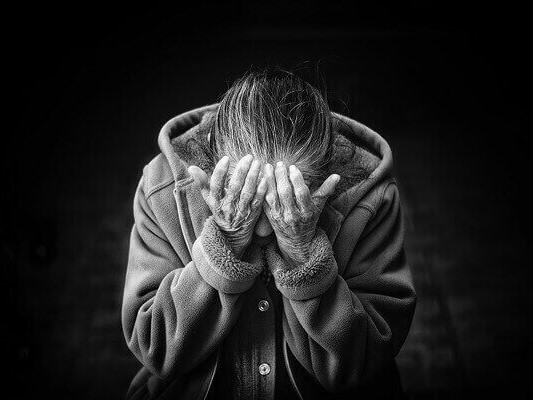 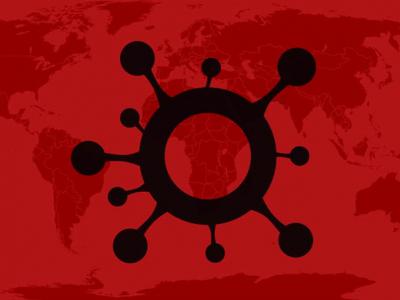 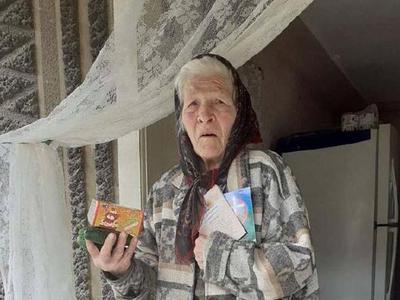 Help Ukrainian Christians in their hour of need 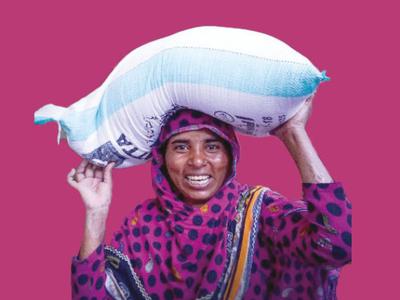