Learn about: The Leprosy Mission

The new project, Improved Leprosy Services in Timor Leste (ILS), will keep up the work of the Better Health project (which concluded in 2019) in three districts, and expand to a fourth – Manatuto – which has seen a worrying trend of emerging leprosy cases recently.

The ILS project will also develop an exit-strategy for The Leprosy Mission Timor Leste’s engagement with the Ministry of Health, in order to promote sustainability.

The Better Health project worked to eliminate leprosy in the high-endemic districts of Dili, Baucau and Oecusse. Working as the official partner of the Timorese Ministry of Health in the National Leprosy Control Program, Better Health strengthened early detection of leprosy to help minimise transmission and disability in affected communities.

Social Return on InvestmentThe Better Health project screened household members and neighbours of people newly diagnosed with leprosy, in order to catch further cases quickly. At a cost of $3.25 each, 445 people were screened. 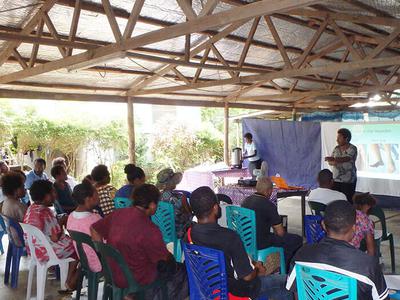