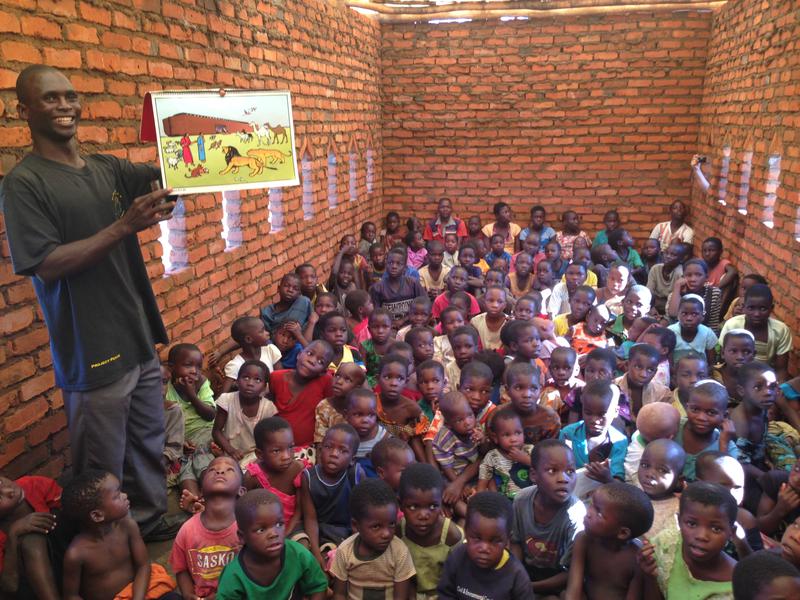 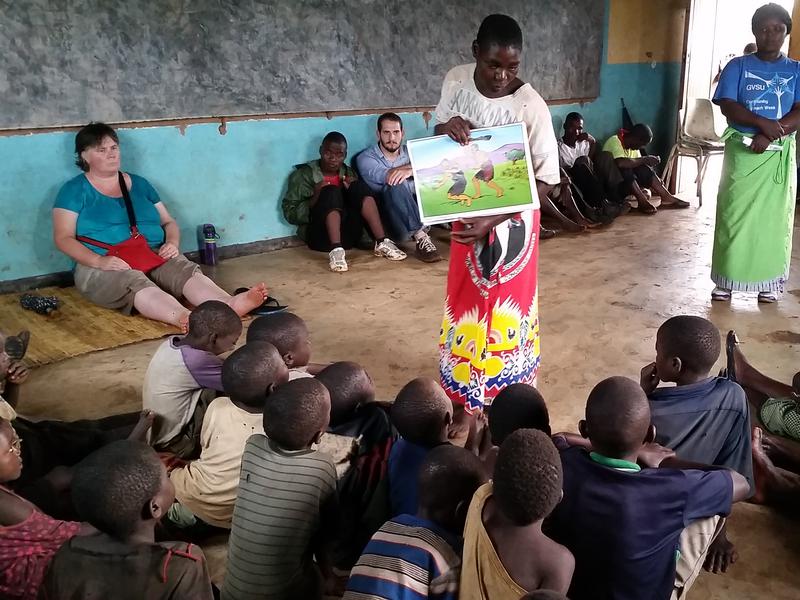 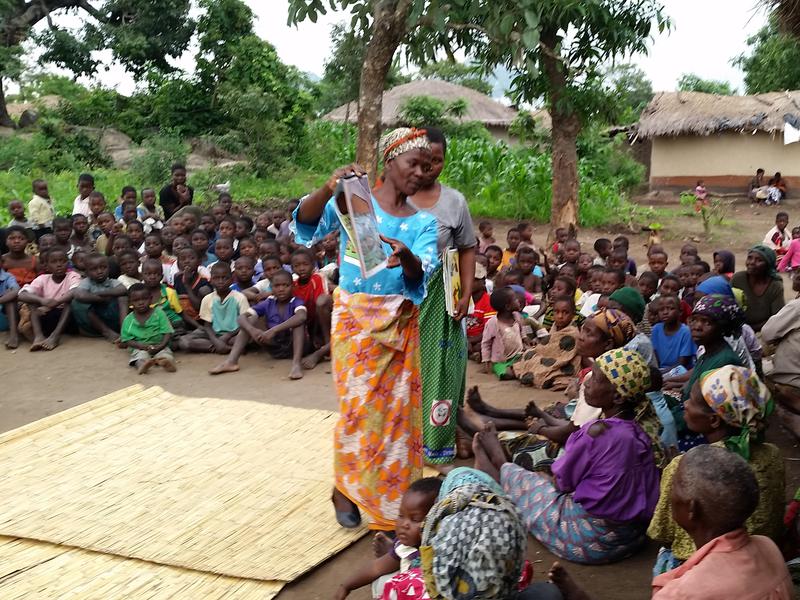 Fishers, Trainers and Senders (FTS) equips lay people for ministry through a series of two week residential courses. The final session equips them to lead a listening group using GRN audio visual resources. As resources allow, graduates are equipped with GRN picture books and a mp3 player containing GRN resources and an audiobible in their own language. They are sent back to their churches ready to start a listening group. It could be for children, adults, men or women.

Dallion Chitekwere is the FTS staff worker who travels around to the churches. He helps graduates establish their listening groups, maintains their equipment, and helps them to lead their groups well. There are currently 26 groups running in the target area (1,100 people) and over 100 groups in Malawi altogether.

This project aims to provide another 60 sets of mp3 players and picture books. This should allow another 50 groups to be established and the equipment of existing groups to be maintained.

During the previous distribution and discipling program in the month of April 2021, some of the FTS team went to follow up groups in the Nkhotakota and Salima regions. During the follow up, it was discovered that 3 families from a non-Christian background in Nkhotakota, found hope in Christ and made up their mind to become Christians. People found it easy and interesting to follow Bible stories with the help of audio-visual materials which are well illustrated.

The estimated cost will provide 60 Evangelism kits and allow Dallion to visit the group leaders.

Any surplus funds will be used to purchase additional evangelism kits and to start listening groups in partnership with FTS in Malawi.

Nkhotakota, formerly Nkota Kota, or Kota Kota, town, central Malawi. It lies on the shores of Lake Nyasa (Lake Malawi). It originated as a group of villages in the 19th century, served as a depot for Swahili-Arab ivory and slave traders, and became the largest traditional African town in the country. It is situated on the slope of a rocky ridge overlooking a natural harbour formed by a sand spit. A trading centre for the produce of the surrounding region (including rice, corn [maize], cotton, and fish), it also has a tourist industry dependent upon natural hot springs. Nearby is the isolated 696-square-mile (1,802-square-km) Nkhotakota Wildlife Reserve (established 1954).

The current population of Malawi is 19,571,873. (May 2021 according to Worldometer elaboration of the latest United Nations data

Salima is a district in the Central Region of Malawi. The capital is Salima. The district covers an area of 2,196 km² and has a population of 248,214. The beach at Senga Bay is the weekend retreat of many from the capital, Lilongwe, and has hosted the annual Lake of Stars festival since 2008, when it was moved from Chintheche to be less remote. There is a range of accommodation options in the area, though most are a few km off the main road.

Most of these groups are oral learners who work hard during the day and like to listen to stories while they work in the fields. Based on previous outreach data, GRN audio resources made available to these groups are extremely effective in reaching these people.

1) GRN resources and audiobibles are helping people in their communities draw closer to God in developing intimacy by establishing personal relationships with God.

2) Many people are enjoying regular Bible teaching for the first time in their lives.

3) Using these evangelism kits, 3 families from a non-Christian background at Chiwopera village in Nkhotakota have found hope in Jesus and have identified churches where they are attending and worshiping God.

4) People are finding it easy to follow Bible stories with the help audio-visual materials which are beautifully illustrated in these media tools and draw people's attention.

5) Listening groups using these evangelism kits are helping people to come together across cultures and other faiths and enabling them to encounter God in a personal way.

Thank you for considering this project to equip 60 churches with an evangelism kit (mp3 player and picture books) and to provide the support needed to help these churches establish groups for the purposes of evangelism and discipleship for a total project cost of $10,000